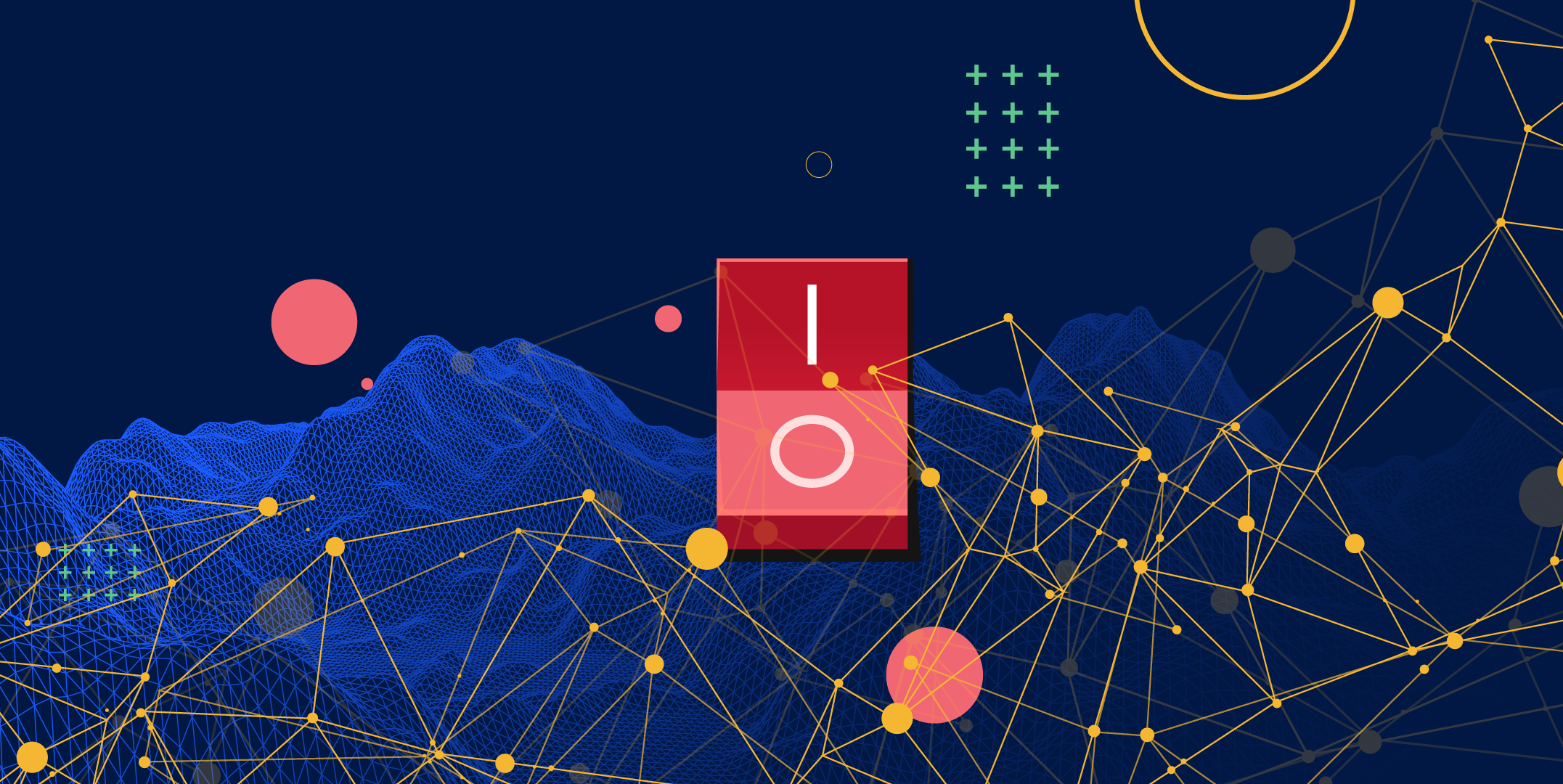 For Elemental Machines’ Usage Solution, context is the key that translates clues found within the polymer walls of electrical cables into information operations professionals can leverage to make decisions regarding the purchasing, retirement, and relocation of equipment.

As outlined in Part 2 of our data science series with a little help from the world’s most famous fictional detective, in data science, context is everything. In the lab, context clues can even lead to significant operational optimizations.

Though such intel sounds simple to gather, it actually isn’t. Yet that hasn’t stopped others from trying. In fact, sensors that measure the electrical pulses flowing through a power cord are so commonplace, they can be purchased at home improvement stores. The practice of monitoring electrical current isn’t exactly new or novel.

But there’s a significant difference between merely clamping a sensor to a power cord and being able to interpret the meaning of its findings. Why so? Each piece of scientific equipment handles electrical current differently. Furthermore, most consume some power regardless of whether they’re officially in use or not.

Drawing meaning from those variable pulses requires a model trained to discern the difference between a device that is on, off, or idle. When you consider the breadth of manufacturers, models, and eras represented on the floor of a modern lab, the profound complexity of crafting such a model comes into focus.

At Elemental Machines, preparing to employ machine learning to draw usage intel from virtually any object with a power cord required years of patience and copious amounts of data.

Our partnership with hundreds of labs over multiple years granted us troves of data with which we could piece together the unique electrical patterns of various assets during use.

Flash forward, and today’s Element-U device can provide users with the relative power draw for a particular asset, detect changes in the power draw, determine asset utilization, and potentially predict failure. But getting there was no short leap.

The approach Elemental Machines takes to elevating usage data is a strategic one. While competing solutions evaluate usage data in various ways, our approach was taken with sample integrity in mind.

One competing usage sensor manufacturer on the market claims to be the “only enterprise-grade IoT solution that connects thousands of unconnected electrical assets” (cough, cough). Yet, the solution they offer comes in the form of a smart plug that sits between an electrical outlet and the plug on a piece of equipment to detect its electrical current. Such a solution has clear benefits, most notably the flexibility to use it with any object powered by a traditional plug. Yet the smart plug introduces a new potential point of failure in the lab. What if the plug itself fails? What if the presence of a plug requires a tightly tailored layout of a lab to be altered?

Lab equipment is manufactured meticulously and built to sustain years of research. Their procurement is expensive for a reason. The electrical components in a lab freezer are a far cry from their consumer counterparts, and the manufacturers know it. That’s why in some cases, introducing an intermediary between the power cord and outlet can even void a manufacturer’s warranty.

Sample integrity is why our Usage Solution hugs the power cord itself, monitoring the flow of the electrical current without requiring invasive in-line intervention or adding a potential point of failure to the flow of electricity powering essential equipment.

By requiring little more than a power cord and model number, our Usage Solution is similarly able to draw data from virtually any object with a power cord. But dissimilarly, our sensor won’t void a manufacturer’s warranty or ruin your research. The proof is in the pudding, or at least in the graphs below which demonstrate that the Element-U is able to detect the same signals as smart plugs – with the added benefit of being noninvasive. 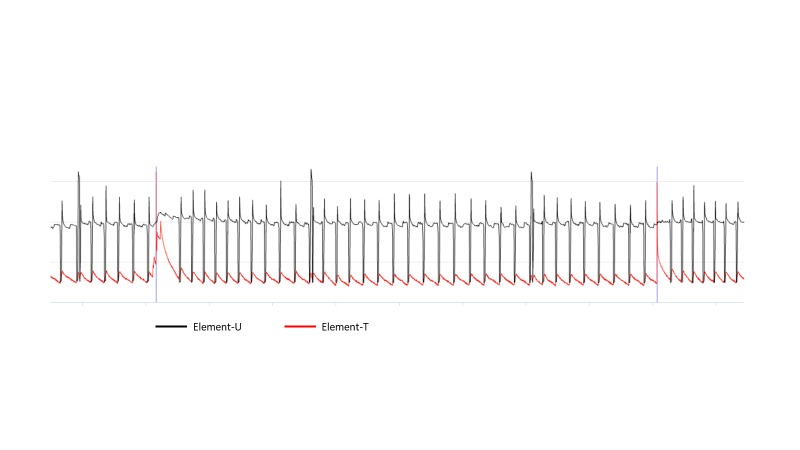 Graphic 1. Time series data demonstrating that an Element-U device is able to detect a change in equipment usage, validated by confirmatory temperature data collected from an Element-T device.

Despite what you may have heard, not all usage solutions are alike.

A living and breathing model

Alas, the innovation doesn’t stop there. Once the data is gathered, the Element-U sends its findings to the cloud in real time, where unsupervised machine learning is employed to turn that data into actionable information.

As more data is collected, the model updates what it considers to be on, off, or idle for a given device based on an intuitive understanding of usage behavior. Each asset has a unique fingerprint that needs to be extracted. Unsupervised learning identifies these signatures and allows the model to tune into these events.

Because many assets continue to draw power despite being unused, very low signals are interpreted as off. Idle is the most complicated concept because it varies greatly between assets and use cases (see graphic below). Developing the domain knowledge to understand the various use cases and tailor models to them is a uniquely human process – one the Data Scientists at Elemental Machines have dedicated their careers to mastering.

Graphic 2. Data collected from an Element-U device which shows both “idle” and “on” statuses.

Once tuned, the lessons drawn from these models can help inform equipment-related decisions that can alleviate strained budgets and overburdened real estate. The user experience they require is simple, but the models they employ – and the path built to craft them – was anything but.

We hoped that you have enjoyed this series!

Have more questions about Elemental Machines’ data science efforts? Reach out to our team to learn more or sign up for the EM Connect Newsletter to stay up-to-date on all things EM.

All enterprises are under constant pressure to reduce costs, including life science operations....

The consequential foundation of the AI-driven future

Artificial intelligence (AI) is a glitzy word these days, but at Elemental Machines, it is a core...

What Sherlock Holmes has to do with data science

It wasn't an action that caught Sherlock Holmes’s attention, but the absence of one. It was the...