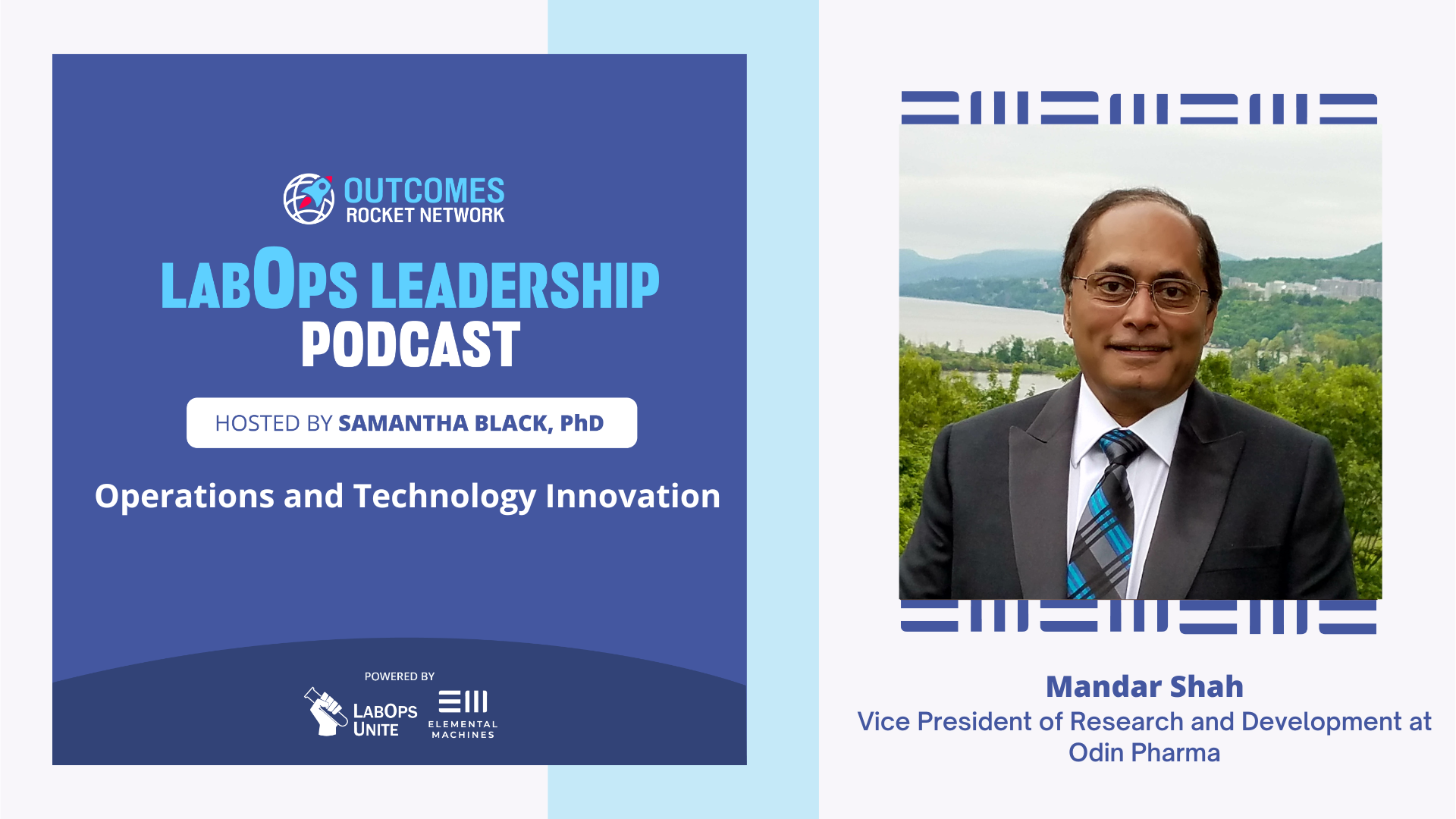 In this episode, Mandar Shah, Vice President of Research and Development at Odin Pharma, talks about how his team’s operations at the lab, develop improved sterile products with technology. His career evolved from developing new drugs and surgical products to evergreening patents with his R&D at Odin. He details the development process that passes through the formulation and the analytical labs as a group effort where integrity is crucial. He also explains how technology can supplement the LabOps people’s work while emphasizing the importance of the human team. He encourages LabOps people to think about what they are doing and why not be monotonous and mechanical.

Tune in to this episode to learn how LabOps is crucial for developing sterile products at Odin Pharma!

Mandar Shah is currently the vice president of R&D at Odin Pharma. He got his Ph.D. in 1991 at the University of Kansas. His first job was with Bristol-Myers Squibb where he developed two molecules: Sotalol for arrhythmia and Etoposide for cancer. He then went to Alcon and developed several surgical products for cataract surgeries. He worked with Pfizer and Johnson & Johnson in the consumer division. In 2012, he was laid off from Johnson & Johnson and was offered a job at the BP level at Sentiss Pharma, India, which led him to the generic business. Currently, he is managing about 60 injectable/ophthalmic innovative and generic projects in India and US with the help of about 65 scientists in PD and ADL. He is the inventor of more than 20 patents. He was the recipient of the Innovation Circle Award at Pfizer Consumer Healthcare in 2006 and played a key role in winning the “Most Innovative Company of The Year Award”, given by Business Week and Yes Bank in 2014 to Sentiss Pharma, India.

In this episode, Karen Correa, Vice President and Head of Global Clinical Operations at Takeda,...

In this episode, John Curran, Vice President of Laboratory Operations at BostonGene, talks about...

In this episode, Pray Pokharel, Lab Resource Coordinator at Mori, talks about his role within the...